How I Became an Animal Communicator

I grew up on  a farm in southern Minnesota and we always had animals around – not in the house, Heaven Forbid! – but certainly they were a large part of our daily lives.  I was raised with the viewpoint that animals provided a significant portion of our livelihood and there was no place for sentimentality or other kinds of foolishness.  However, I cried myself to sleep the night I realized that my first 4-H calf was not coming back to the farm after the county fair, but would instead be sold at auction to the local meat broker.  And my best friends were the farm dogs that worked with the livestock.

As I went away to school and lived in apartments for the years before marriage I did not have any animal companions.  It wasn’t until I had been married for 3 years that I managed to reconnect with animals by acquiring a dog by the name of Trivia.  She was a mixed breed that I now know was a Master Spirit who became my teacher. I am continually grateful at how she helped me prepare for my evolving spiritual path.

I first heard about animal communication when I was looking for a horse.  Since I didn’t realize at the time that Jesse and I would find each other, I was worried about selecting the right horse for a novice and was trying to decide between a quarter horse (Jesse) and a thoroughbred.  The trainer I was taking lessons from suggested that I talk to the two horses with an animal communicator and then decide. The conversation was enlightening and helped me make the decision but I was not entirely convinced that this was ‘for real’.

After the purchase Jesse and I continued to take lessons together and he constantly tested my confidence, my skill and my patience.  Six months passed and I called the animal communicator again seeking additional insight. In other words, why was he acting so headstrong, stubborn, obstinate, etc., etc., etc.  It is important to note that this was during the winter and our lessons were being held in an indoor arena. Jesse was stabled every night but was turned out with the other horses in the pasture during the day.

The communicator contacted him and then asked me the following question, “Are there any horses at the stable that wear a hood?”  After I stopped laughing and picked myself up off the floor, I answered that Yes, there was a show horse who was ‘dressed’ in a blanket and hood everytime she went out to the paddock.  The communicator then told me that Jesse was not only afraid that I would make him wear a blanket, he was scared to death that I would get him a hood! There was no way she could have known that he was getting me into trouble by ripping the other horses’ blankets off!

It was then that I became a believer  but I still thought that only certain special people had this wonderful skill or talent.  Over a period of several sessions the communicator introduced me to other concepts that conflicted with my family belief system: that animals are our spiritual teachers and companions; that they understand us and our human nature a lot better than we understand them; and that they have the same feelings/emotions that humans do – they are simply much more honest in expressing them.

It was through this communicator that I attended my first animal communication workshop.  It was like coming home when I hadn’t even realized I’d been gone. I learned that everyone communicates in their own way and that I had been doing this my whole life, in spite of the family belief system.  It didn’t take long before I was searching for more – more depth, more feeling, more information. Within six months I went to an advanced workshop and started doing professional consultations shortly thereafter.  My spiritual path in animal communication has been wonderful, terrifying, difficult and full of joy. The best part is that with each consultation and each workshop, whether I am the facilitator or the student, I feel freer and yet more connected  than before.

Mary Stoffel has been a professional animal communicator since 1994.  She does consultations in person and by telephone, specializing in interpreting the animal’s point of view.  She conducts both basic and advanced workshops and has lectured at the Minneapolis Whole Life Expo for the past three years. 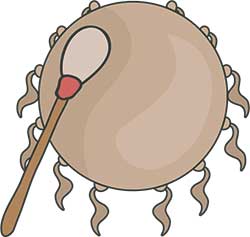